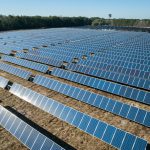 The long-term risks associated with non-recyclable trash can have a compounding negative impact on the environment. According to new research conducted by researchers from the University of Calgary, solar power poses a looming waste disposal problem due to the switching over from obsolete solar panels to better ones.

A team led by Calgary-based supply chain researcher Serasu Duran stated in a pre-publication paper that we could expect a lot more solar panel waste within the next decade than anticipated. The researchers also warned that if the solar industry doesn’t address this trash problem, we may soon see the dark side of renewable energy and face the consequences.

Though hydroelectricity remains Canada’s largest source of renewable energy, solar capacity has risen steeply. At the end of 2019, Canada had around 3,310 MW of electricity generated from solar power, increasing around 1,500 % from the 221 MW in 2010.

Solar panels have a short lifespan and aren’t suited for recycling. When it comes to recycling, there aren’t many materials that can be recovered, such as bulky sheets of glass.

The International Renewable Energy Agency (IREA) had highlighted concerns about solar waste way back in 2016. IREA has warned that by 2050 the world would need concrete solutions to deal with around 78 million tonnes of outmoded solar infrastructure. The Calgary researchers point out that the IREA has underestimated, as it assumes that most of the world’s existing solar panels will remain bolted to roofs for at least 30 years. They reiterate that millions of people are sure to rip out their solar panels early to install cheaper and more efficient replacements. Thus, by 2030 the volume of solar waste could be up to 50 times higher than anticipated by IREA. Moreover, by 2035, the solar industry could be generating 2.5 tonnes of waste for every tonne of the solar panel it installs — overwhelming municipalities and homeowners with disposal costs.

One of the ways to forestall the disaster may be for solar panel producers to start lobbying for similar legislation in the United States immediately instead of waiting for solar panels to start clogging landfills. The researchers urge that the solar power industry take serious note of this and consider newer designs to minimise the non-recyclable waste or have a recycling solution.

Ultimately, sustainable technology cannot afford to be short-sighted about the waste it creates. A strategy for entering the circular economy can be critical.